A Brew to a Kill by Cleo Coyle
My rating: 5 of 5 stars

Once again I am sharing my thoughts on a Coffeehouse Mystery book; this time it is book number 11: A Brew To A Kill. Did you know that I rarely read book series? You can count on one hand the different series I keep up with. That is because I find that most of the time I get to book 9, 10, or 11, the story has become redundant, often repeating themes from earlier books. That is not the case with the Coffeehouse Mystery Series. Actually, the later books have been even more enjoyable than the initial ones. This is of course due to the talent and skill of Cleo Coyle, creating characters and situations that are enjoyable, believable, and a pleasure to return to time and time again.

In A Brew To A Kill, we find our heroine, Clare Cossi, expanding the reach of the Village Blend coffeehouse into the food truck business, placing herself in a turf war with a self-proclaimed cupcake queen. She is witness to the hit-and-run of her dear friend and subsequently drawn into the investigation of the accident. All this while trying to keep herself and her ex-husband from either being arrested by the DEA or killed by drug smugglers. Just another day in the life of a New York coffeehouse manager, eh?

The coffee house mystery books always seem to draw me into the culture and the neighborhood of New York, where the story is taking place. In this book, especially, I appreciate the excellent way the author draws us into the culture. For example, the portrayal of an Asian American accent in the chase through Chinatown. So often it is difficult to imagine what the dialogue of a story sounds like, but in this instance, I quickly realized that the author captured the syntax of the accent so well that as I was reading the dialogue I was able to hear the accent in my head.

In every Coffeehouse Mystery book, I have truly loved the journey from the initial problem through the climax and into the resolution. However, in A Brew To A Kill, more than any of the previous books, the story continually built-in excitement, from the shocking entrance of the DEA in the warehouse & subsequent arrest of Claire and Matt, to the sting operation when Clare goes head to head with Dragon Lady. The action in this book really got my heart pounding, as I tried to figure out how Clare & Matt were going to get out of jail, if they would survive the sting operation without getting shot, and also trying to figure out who ran down Clare’s friend on the street.

A Brew To A Kill is a lovely, enjoyable, and intriguing read, that left me once again enamored with Clare Cossi.

View all my reviews

Thanks for taking the time to read my post. 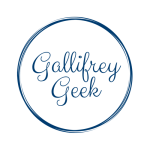 3 thoughts on “Book Review: A Brew To A Kill”

This site uses Akismet to reduce spam. Learn how your comment data is processed.

Did I mention I’m in love with the new Pumpkin Spice Collection available on my planner, @zinnia_journal My October pages were so fun to plan and I just love looking at them!
I’m in love with @zinnia_journal new Pumpkin Spice Collection! #monthlymarker #digitalplanner #digitalbujo #digitaljournaling
Day 1, WIP 1; Animal Almanac by @thefrostedpumpkinstitchery Let’s do this! #crossstitching #stitchingismytherapy #workinprogress #sipnstitch #stitchersofinstagram #xstitch #stitching #currentlystitching #frostedpumpkinstitchery #WIP #AnimalAlmanacSAL #porchstitching #wipsbegone2021
Decided to join @devotedquilter for #wipsbegone2021 All my WIPs are cross stitch pieces and I’m not certain I can cross everything of the list by year’s end, but I’m gonna try! And remember to have fun because #stitchingismytherapy #stitchersofinstagram #crossstitch

Full list of books I’ve read this year, so far.

Jenny in Neverland
The Quilting Nook

Where I share my quilting and crafting journey with a little travel thrown in!

This site is about my life with NF2 and the hobbies that keep me from boredom.xXx

crafting,dachshunds including other bits & bobs

The Girl with the Book

Books, thoughts and everything in between.

The World of Crafting